Your Voice Sings Not Soft

As part of the BFI Film Academy at MediaActive in North Shropshire, and in response to the WW1 Commemorations, a team of ten young people, working with filmmaking mentors, produced this animation based on the history of Prees Heath Common.

Bogwatch returned on Saturday 16th September 2017 bringing roving reports live from Merefest - take a look at the trailer below, as well as a couple of our roving reports posted live, by our young team of filmmakers, as the day progressed. If you couldn't get to Merefest you could TUNE IN AND WATCH ONLINE at:
www.facebook.com/merefestUK

Roving Reports live from Bogwatch 2017
Fourteen reports were put together by our young team of creatives - that's filmed, edited and posted online during Merefest 2017!

Cameron and Tom out and about at Merefest 2017

Feedback back from our project partners on the mediamakers project

"The Meres and Mosses Landscape Partnership Scheme has had the pleasure of working with MediaActive on a number of projects. The productions have been fun, fresh and forward-thinking, and have engaged with the Meres and Mosses landscape, wildlife, communities and history in ways we would never have thought of, re-connecting past links and creating a youthful, novel perspective for new audiences.

We have been delighted with the high standard of artwork, design and field-craft, and the professional attitude of the team and their young trainees. We look forward to many more exciting, creative collaborations."

As part of Merefest 2016, and produced by MediaActive in collaboration with ﻿﻿JTV Production﻿﻿, Bogwatch was a six hour live-streamed show featuring interviews with celebs, specialists and festival goers. If you couldn’t get to Merefest you could join the festival fun online via Bogwatch - have a look at the short 'behind the scenes at Bogwatch' film below 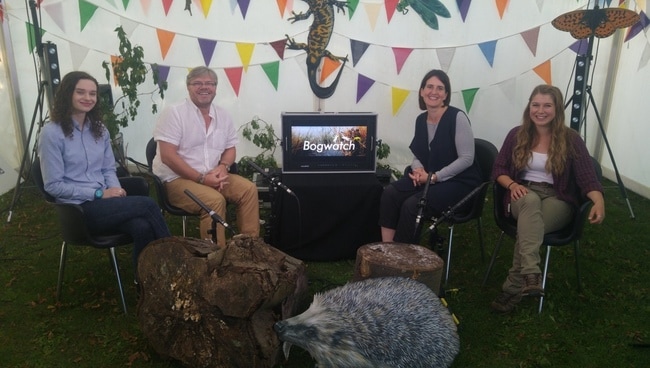 four of our Bogwatch presenters in the bespoke Bogwatch studio 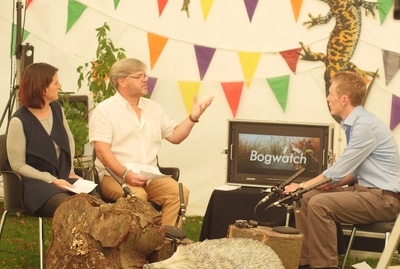 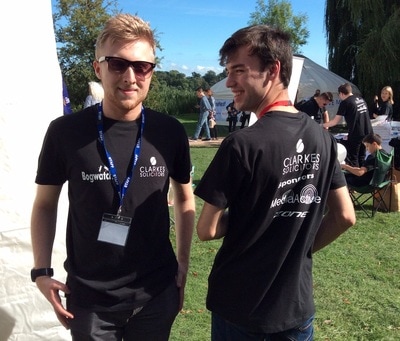 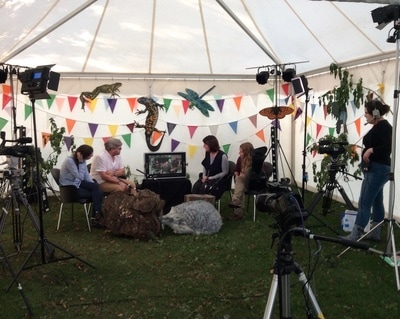 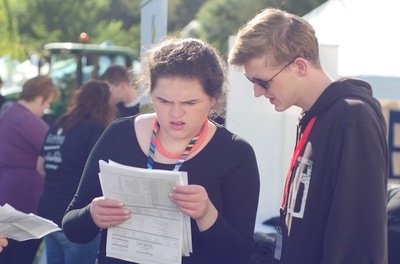 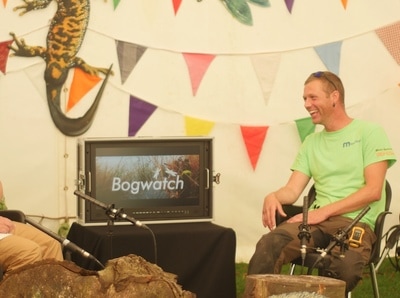 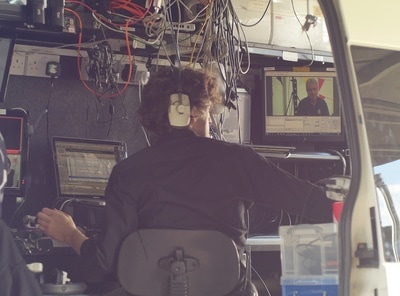 Wildlife Wonders - a short film made by children from Whixall

A short film combining live action and animation made by children from Whixall C.E. Primary School. The story, devised and told by the children, presents a modern day fable about young people and wildlife, and how attitudes to nature can be changed. The film was made with the assistance of the MediaActive Team working with Storyteller Jake Evans.

This project was funded by MediaActive and Meres & Mosses Landscape Partnership Scheme. 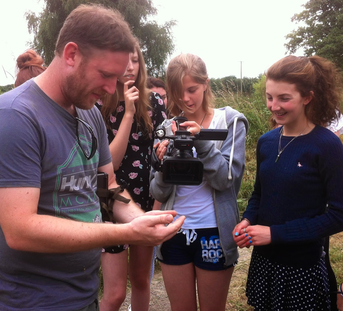 MediaActive have been working with The Meres & Mosses Landscape Partnership Scheme and Shropshire Wildlife Trust to explore new ways of developing interpretative materials whilst engaging young people in learning about their local heritage. The initial project focused on countryside walks through sites of scientific interest in North Shropshire within the Meres and Mosses area, a forgotten mosaic of beautiful wetlands important for some of the rarest wildlife in the UK.

By adopting a creative approach and making full use of digital and social media, the participants were able to apply their new found knowledge and enthusiasm to generating new interpretive materials that can be shared and enjoyed by the public. The materials, or content, included photography, drawings, audio clips, short films, articles and creative writing and is now available to the public, following a launch event in Autumn 2014, via a variety of platforms and sites, including the GPS Viewranger App.

This project took the form of a proposal for an App in which you can create your own Meres & Mosses environment. The ecology of the environment responds dynamically to the decisions made by the user. This App was developed and produced by Mitchell Fielder - a Creative and Media Apprentice at MediaActive. Watch the video below to find out more about the project...

A short film, made by Elliot Blakemore, one our Creative & Media Apprentices, as part of a body of work commissioned by the Meres and Mosses Landscape Partnership Scheme. The film is loosely inspired by the life of Humphrey Kynaston, aka Wild Humphrey Kynaston, a highwayman who operated in the Shropshire area in the late 15th and early 16th Century.

The Tale Of Mad Jack Mytton

A short film retelling the tale of an historical character....well, it's actually more than a retelling, its a creation of a new (epic!) myth, drawing from a number of local tales that are associated with the Meres and Mosses landscape and with the real life Jack Mytton, a local eccentric and rake that lived during the Regency period.

This film was one of only three films nominated for a national award - 2016 Into Film Award for Best Animation, and it was featured on BBC Breakfast TV and CBBC Newsround, in an interview with two of the young filmmakers. A team of 21 young people, recruited through MediaActive's BFI Film Academy, and working with filmmaking mentors, made this film in response to a commission by the Meres and Mosses Landscape Scheme.

Your Voice Sings Not Soft

As part of the BFI Film Academy at MediaActive in North Shropshire, and in response to the WW1 Commemorations, a team of ten young people, working with filmmaking mentors, produced this animation based on the history of Prees Heath Common.

Have a look at five of the interviews/short films produced by young people as part of Meres and Mosses mediamakers below...Further content produced through the project, along with an introduction to the Viewranger App, will be available via this website very soon....
Just a few of the hundreds of amazing photographs taken by the young people at Prees Heath Common, Colemere, Blakemere and the Mere in Ellesmere, can be seen below... 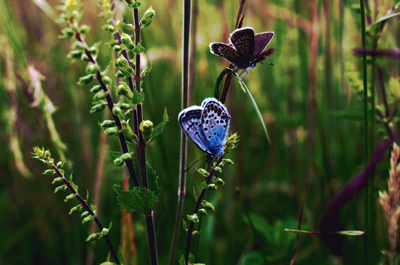 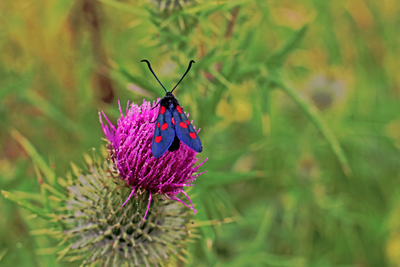 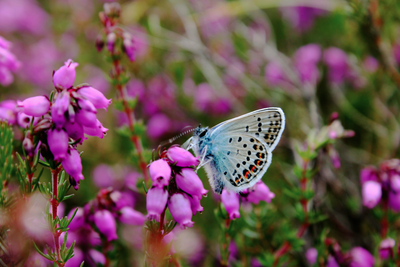 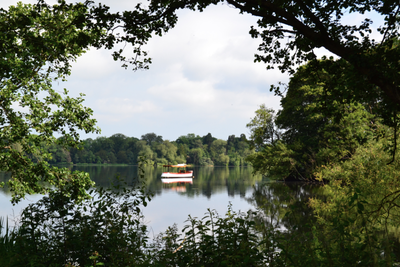 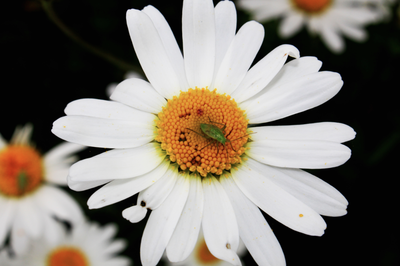 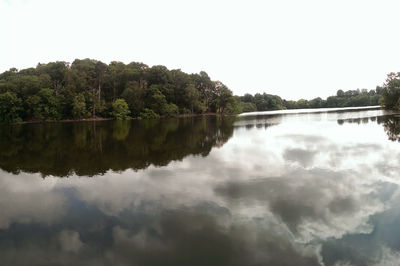 For more photos and information about the project, have a look at the mediamakers project blog or the project Flickr site 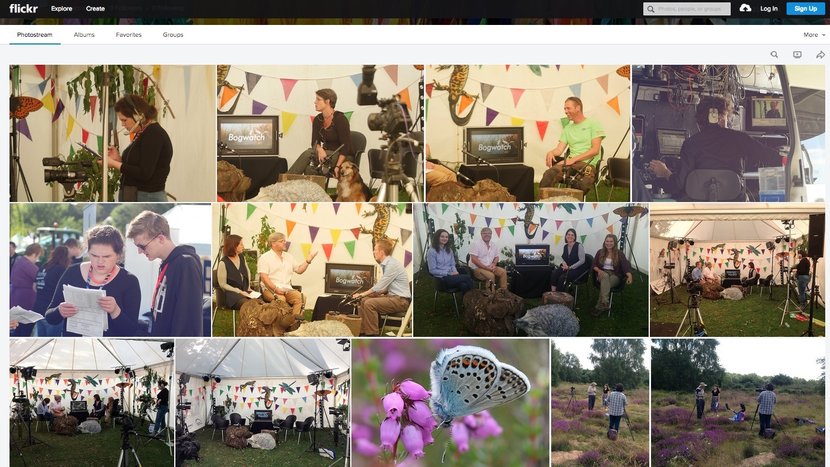 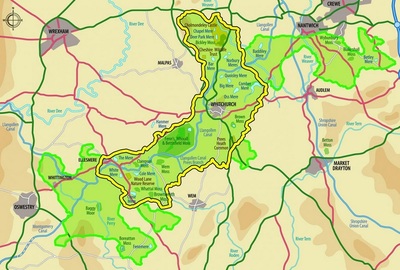